Belly Dancing is a dance form in which femininity and spirituality become one.
Although there are many theories as to where and
when the belly dance or the Oriental Dance form
originated, it is still not very clear as to where exactly
it all began.
One theory suggests that the Oriental Dance/Middle
Eastern Dance, as we know it today, began in Egypt.
While others believe that it was brought to Egypt from
elsewhere--- India, perhaps by a group of wandering
gypsies such as the Indo-Persian Gypsies. The
Indo-Persian Gypsies migrated from Northern India up
toward Spain and Eastern Europe. It is thought that the Ghawazi from Egypt may be part of the Indo-Persian Gypsies. The dance of the Ghawazi, or
the hip shimmy, is still a classic belly dance move
used by dancers nowadays.
Other theories suggest that in every country of the
ancient world, people danced in temples celebrating
the Great Mother Goddess or the feminine force.
History of
Bellydance
1 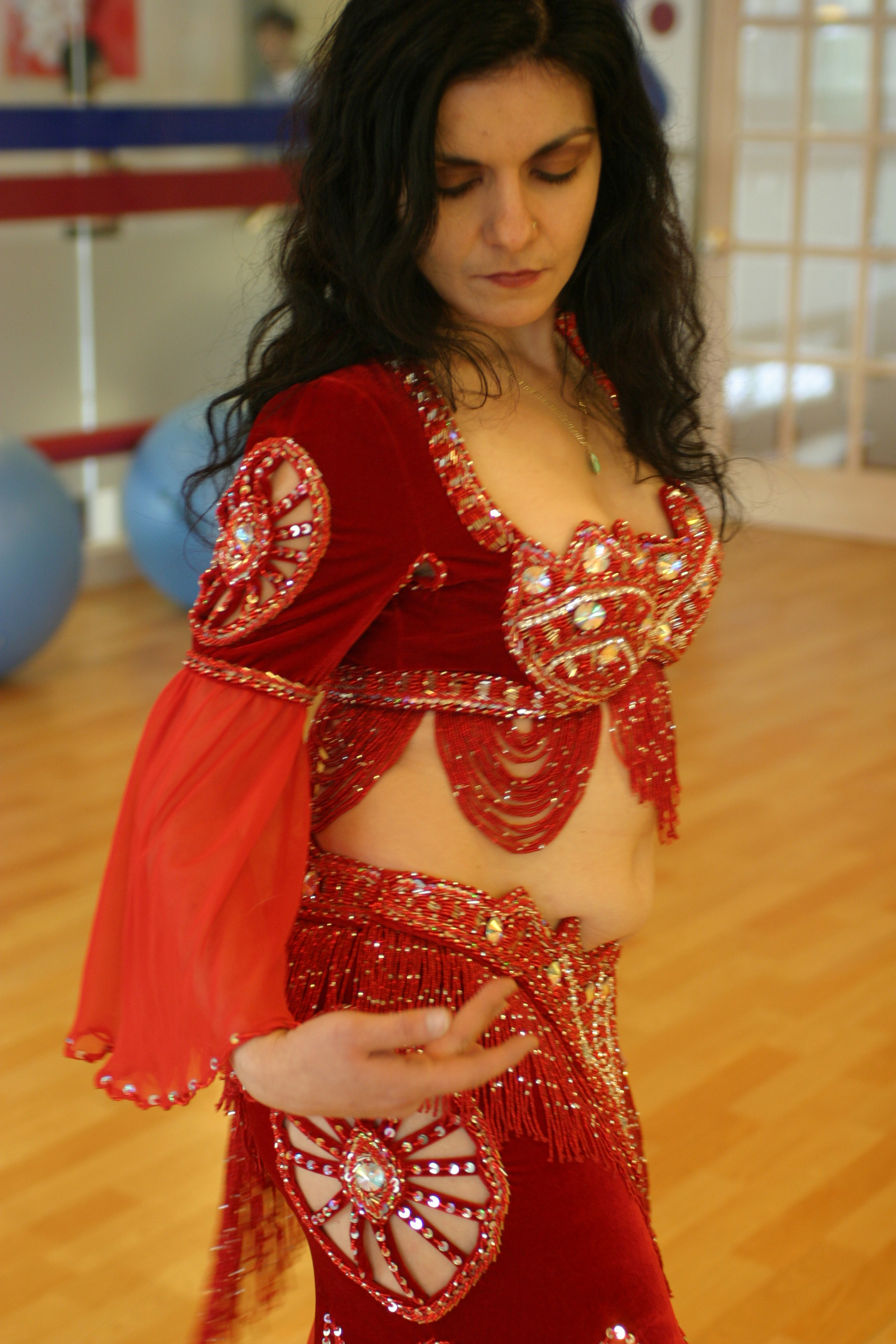 In recent years, in the Middle East, this dance was performed privately by women for other women in order to celebrate motherhood and the various stages of life.
The dancer gets the strength for her movements from her belly, the lower part of her body where her balance is centered. She links her lower belly's center of gravity to the Earth on which she dances and embeds it in a greater circle of energy. Even her finger movements draw their energy from her belly. And every single movement, however tiny, longs to return to this center. The whole body swings around this center, the navel of the world.